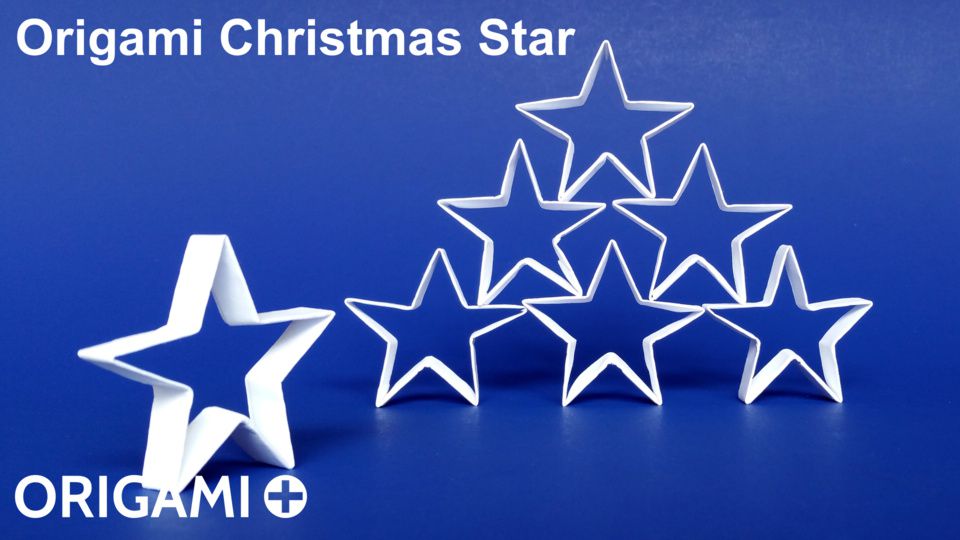 Learn how to make a beautiful DIY Paper Star, without cuts or glue. This Origami Christmas Star is the easiest origami star model (it's even easier than the traditional origami lucky star model). Just follow the easy step-by-step instructions of this tutorial to make your origami star. It takes only a couple of minutes to make one Christmas origami star, so you can quickly make lots of stars and chain them, or arrange them in a pyramid of stars (with green stars you can make a Christmas tree).

In the video I also show how to play with paper stars to make a pyramid. It's a very good game to practice balancing. Let’s make a contest and see who can make the tallest pyramid of origami Christmas stars ! Send me pictures of your stars pyramids and I will show them in a next video.

The origami stars are made with long rectangles of paper. The exact dimensions and ratio does not matter, but it needs to be long enough. In the video, I use paper strips that I cut from a A4 sheet of paper, by dividing it in 8 strips. Each strip is 21 cm long and 3.75 cm wide. But you can use different sizes. The small colored stars that I show in the video are made by cutting a 15x15 cm sheet of origami paper (kami) in 4 strips.

- Elena Pol pointed me to this video﻿ which has a very similar star, also made from a strip of paper. My version is a bit different, with an extra horizontal fold which I think makes it stronger (which can be a good thing if you want to make a chain of star, otherwise the simpler version can be good too).

- Zen Origami also made a modular origami star in 2013 which has the same final look. The star modules are diagrammed on Zen Origami's blog. And there are also photos of beautiful variations.

How to make an origami Christmas Star

Here are the step-by-step instructions to fold a Christmas Star (photo diagram and/or video). 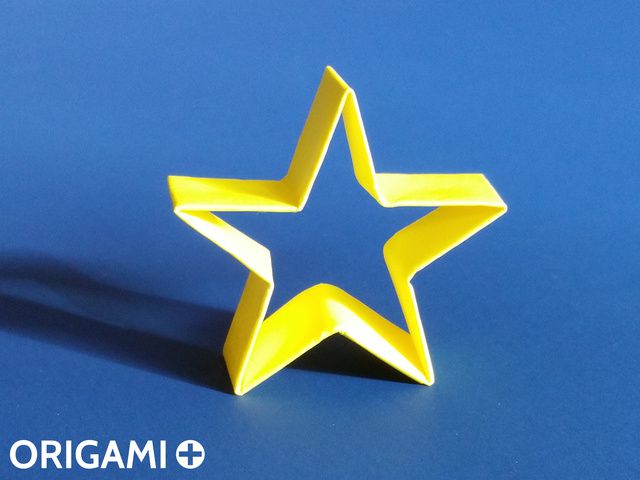 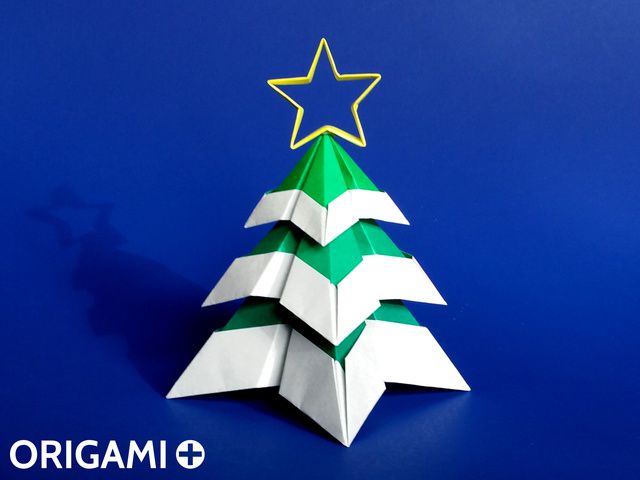 2. The origami star on top of the snowy origami Christmas tree. 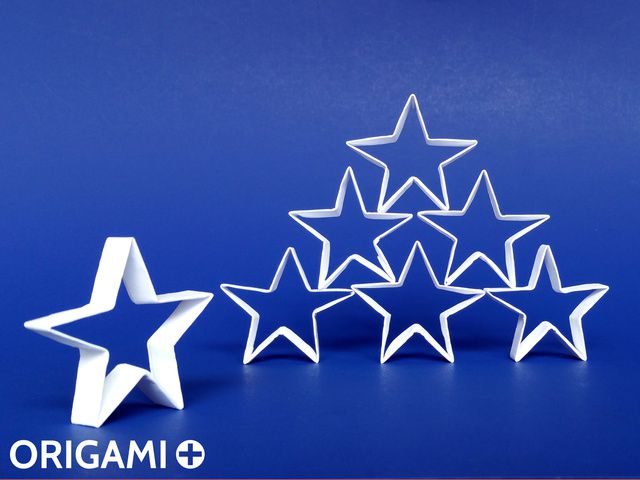 3. Making pyramids of paper stars is a lot of fun! 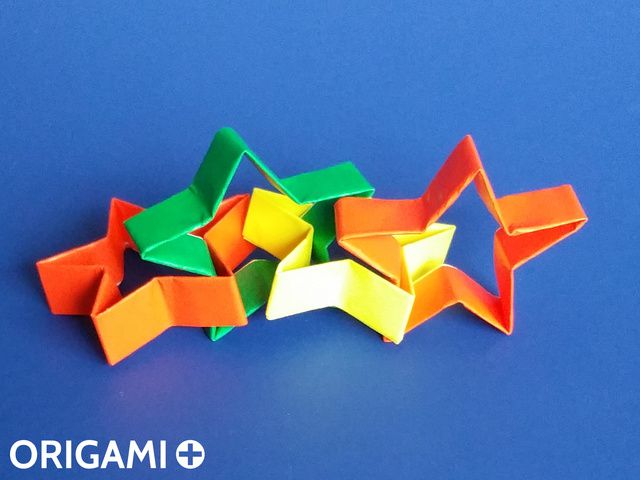 4. You can also chain the origami stars.

If you fold the paper star, use it to decorate your Christmas tree or your house for the holidays, or if you make a pyramid of paper stars, please send me some pictures so that I can show them in a next video!

I have more fun and easy origami models coming for the Holidays, so please subscribe to get notified. It also encourages me a lot to create more simple but beautiful origami models and tutorials.

I also love reading your comments, so if you have watched the video tutorial and liked it, please leave a comment under the origami video on YouTube. Thank you!

What do you think of this Christmas Star?

Have you tried this this Christmas Star origami model? How did it turn out? Please tell me, and send me a picture of your model so that I can add it on this page!

If you like this Christmas Star and my other origami models, you can support me on Patreon. Thank you!