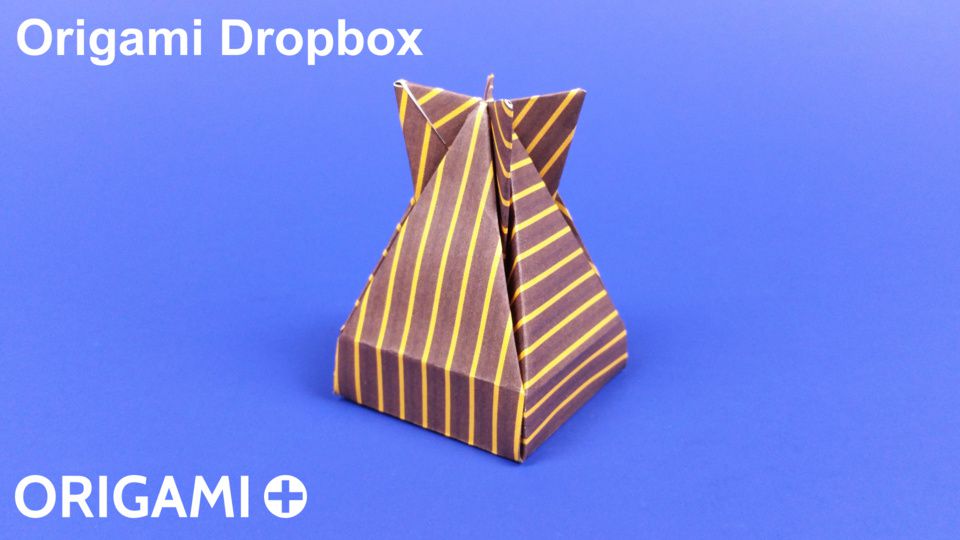 Are you looking for a paper gift box to put small gifts or candy? Try the origami Dropbox, a very beautiful and very strong origami box designed by José Meeusen. You can make this box by folding one square piece of paper, without cuts or glue. Follow the step-by-step instructions of this tutorial to learn how to fold the origami Dropbox.

José Meeusen kindly gave me permission to make a video tutorial for her dropbox origami model that she designed in 2014. José lives in the Netherlands, and Drop is the name of a very popular Dutch sweet, hence the name Dropbox. It is a very cool box with a very clever locking mechanism that makes the box very strong. In fact once folded, it's very hard to open the box again, so if you want to put something inside your box, don't forget to put it before you close the box!

José has drawn a diagram for the Dropbox model that you can find below the video tutorial.

I slightly changed the folding sequence, and I didn't notice it when I made the video, but the resulting Dropbox is very slightly different from José's original model. In the page linked above, you can see the two versions side-by-side folded by José, and there is also a great suggestion from José to make the model easier to close by doing an additional pre-crease fold. So please check it out. :-)

To make the origami Dropbox, you will need one square piece of paper. Only one side of the paper will show in the final model. It's best if you use paper that is not too thin. José recommends thick paper of at least 120g.

In the video, I use a 20x20 cm (about 8x8 inches) square. I also folded some Dropbox boxes with 15x15 kami, but the paper is too thin and it is more difficult.

How to make an origami Dropbox

Here are the step-by-step instructions to fold Dropbox (photo diagram and/or video). 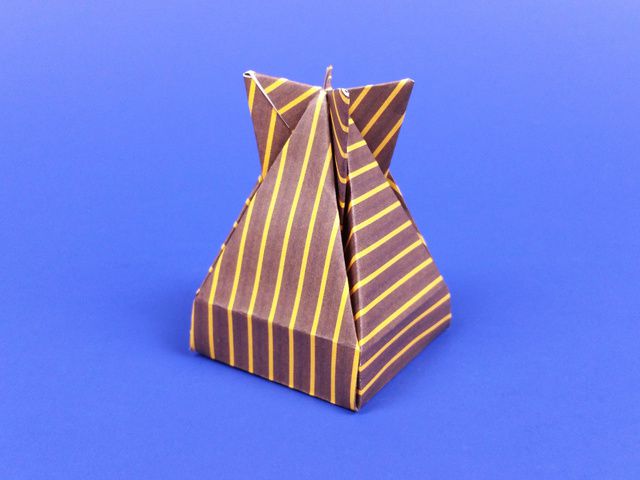 1. Origami Dropbox folded by following the instructions in the video. 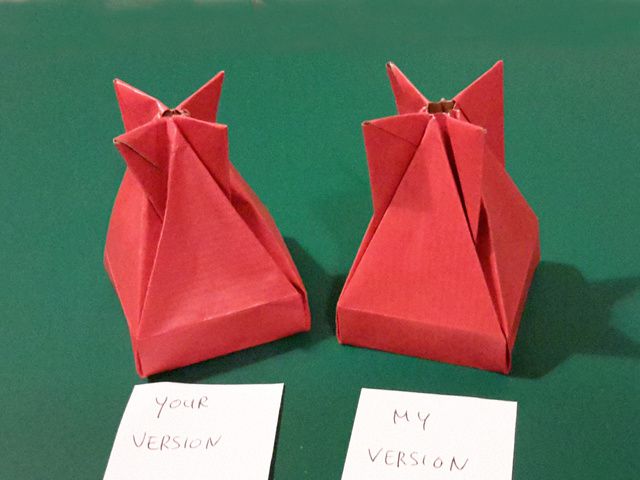 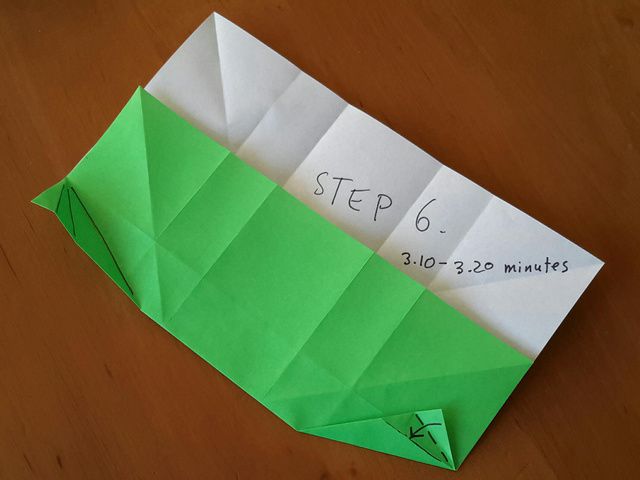 3. If you follow the instructions of the video, you can make an extra fold when doing the pre-creasing, in order to make it easier to close the box. Thanks José for the great suggestion! 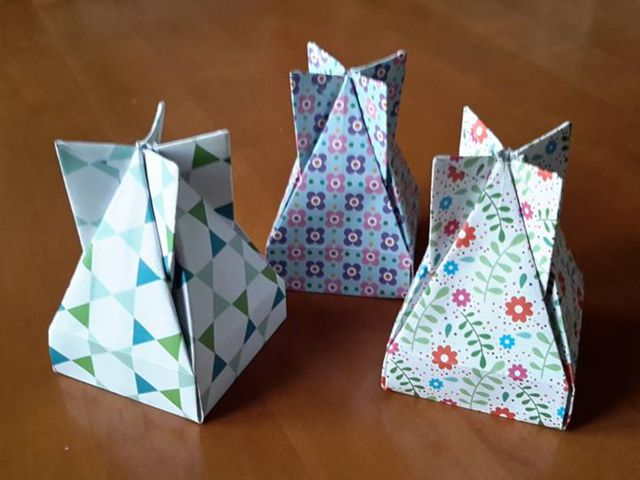 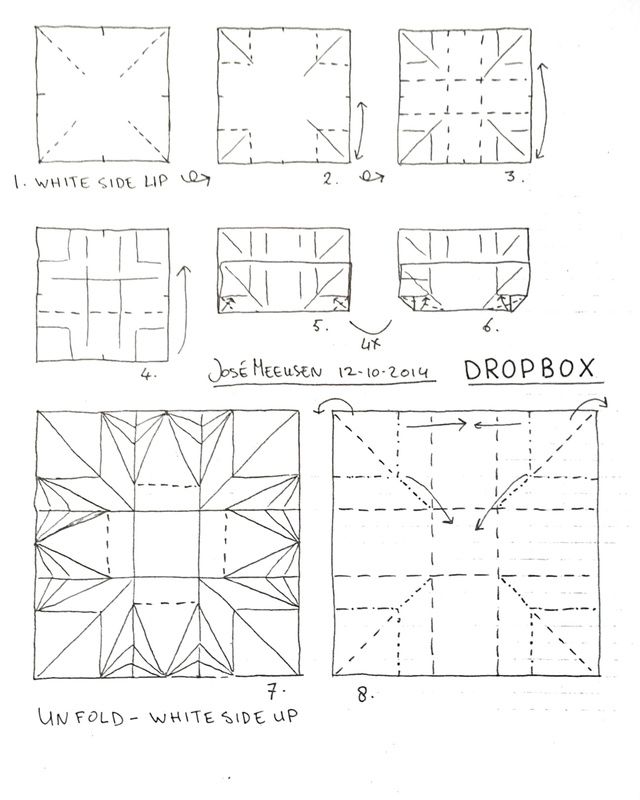 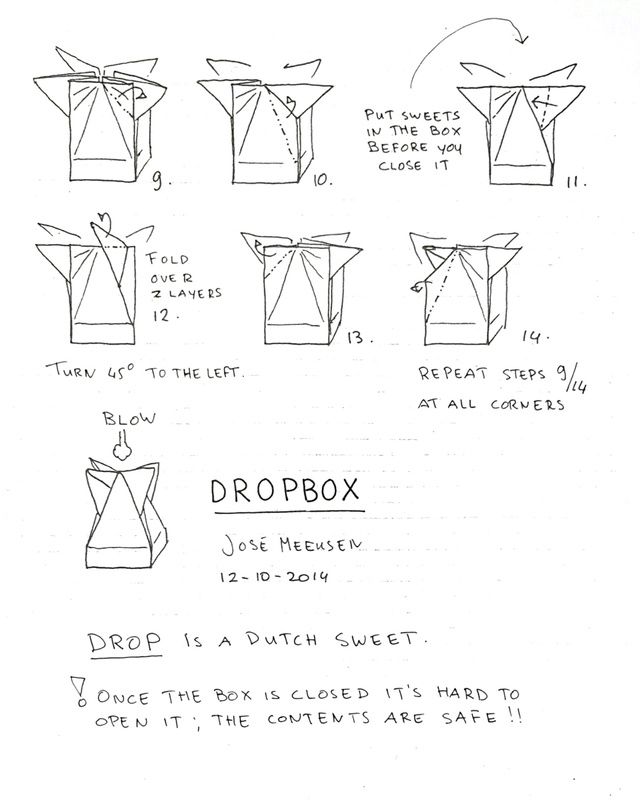 If you fold the Dropbox, please send me some pictures so that I can show them to José and display them on the origami.plus web site and in future videos!

Thank you very much José for making such a great model, sharing your diagram and giving me the authorization to make this video!

If you fold these Dropbox, please send me pictures of your paper Dropbox so that I can show them here.

What do you think of these Dropbox?

Have you tried this these Dropbox origami model? How did it turn out? Please tell me, and send me a picture of your model so that I can add it on this page!

If you like these Dropbox and my other origami models, you can support me on Patreon. Thank you!