Origami Penguin in a Tuxedo 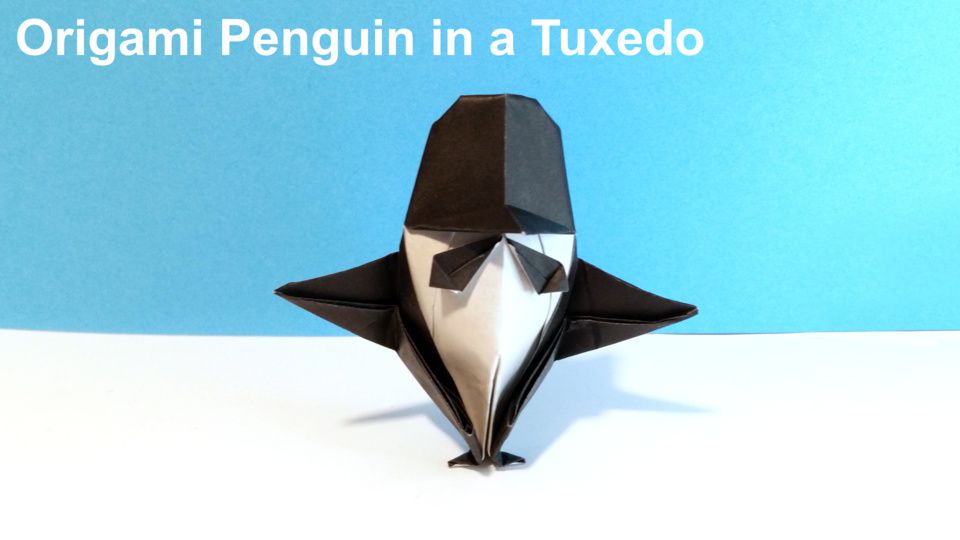 Origami Penguin in a Tuxedo instructions and tutorial

Learn how to make a very original origami penguin with a black suit and a bow tie! There are lots of different origami penguins models, including I think a traditional penguin, but this black and white guy has a lot of personality with his tuxedo and bow tie. It can even stand on its tiny feet, and with his wings extended, he looks a bit like an equilibrist from a circus.

I like this penguin origami model a lot, not only because of its unique character, but also because it came out from nowhere! I had been trying to create an origami badminton shuttlecock (the "ball" of badminton) model, and I succeeded after many hours and fruitless tries. And then with just a few more folds, my origami shuttlecock turned into what looked like an origami monk or paper Buddha. But there where extra unused tips of paper in the Buddha model that I showed in the last video, and those tips could make great eyes I thought. In the end, I turned them into a bow tie instead of eyes, and the rest of the penguin quickly followed. :-)

To fold the origami penguin, you need a square piece of paper with 2 different colors (white and black, or white and a dark color is a great choice to make the tuxedo of the penguin). In the video, I use a 15x15 cm (about 6 inches) square of origami duo paper, but it might be easier with slightly larger paper if you have some.

To make a Penguin in a Tuxedo in origami, please follow the instructions from this video on YouTube:

Please share this Penguin in a Tuxedo with your friends!

How to make an origami Penguin in a Tuxedo

Here are the step-by-step instructions to fold a Penguin in a Tuxedo (photo diagram and/or video). 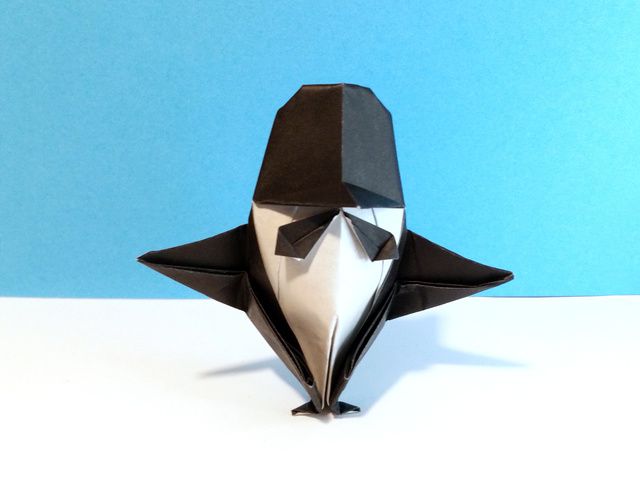 1. Origami Penguin in a Tuxedo Suit with a Bow Tie.

I hope you will like this origami penguin! If you make some paper penguins, please send me some pictures so that I can show them in future video.

Don't forget to subscribe to encourage me to create more original, fun and easy origami models and tutorials.

Thank you very much and happy penguin folding!

Your origami Penguin in a Tuxedo photos

What do you think of this Penguin in a Tuxedo?

Have you tried this this Penguin in a Tuxedo origami model? How did it turn out? Please tell me, and send me a picture of your model so that I can add it on this page!

If you like this Penguin in a Tuxedo and my other origami models, you can support me on Patreon. Thank you!