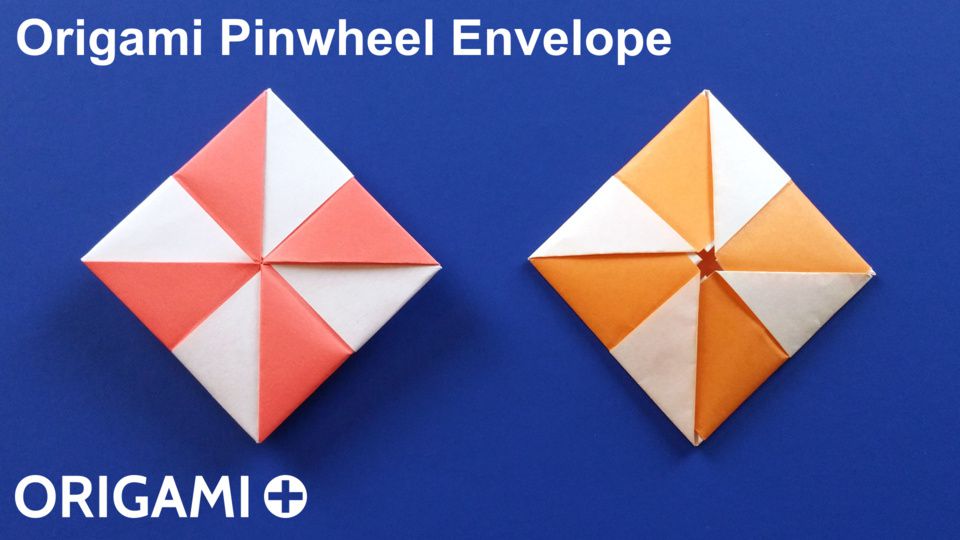 This DIY paper envelope or flat box with a pinwheel / windmill pattern is perfect to wrap messages, cards or small origami presents. You can also use it as homemade gift wrapping for small and flat gifts like gift cards or money (bills or a gold coin!). Learn how to make the origami pinwheel envelope box with the easy step by step instructions of this origami tutorial.

The origami windmill envelope is a variation of the origami square envelope that I showed in the last video. So if you know how to fold one, it will be very easy for you to fold the other!

And the origami pinwheel envelope can also be turned into a cool pinwheel origami box to wrap gifts that are not flat like earrings, rings or other small jewels. My friend Annette had a great idea and suggested that the pattern looks like a candy cane, so maybe we could call it the origami candy cane box! It would be a great paper box to wrap Christmas gifts.

You can also use the pinwheel envelope as a spinner, put the opening part of the box on the bottom, and try to make it spin!

Important: this origami pinwheel envelope is an original origami model created by Stéphane Gigandet and protected by copyright. The outside looks similar to other pinwheel origami models, but this model has a completely different structure and folding method. In fact starting with the same paper size, it yields a larger and less bulky envelope, which is great to put something inside. Do not publish video tutorials, diagrams, photos or instructions that show how to fold this box, and instead link to this origami video or embed it. Thank you.

How to make an origami Pinwheel Envelope

Here are the step-by-step instructions to fold a Pinwheel Envelope (photo diagram and/or video). 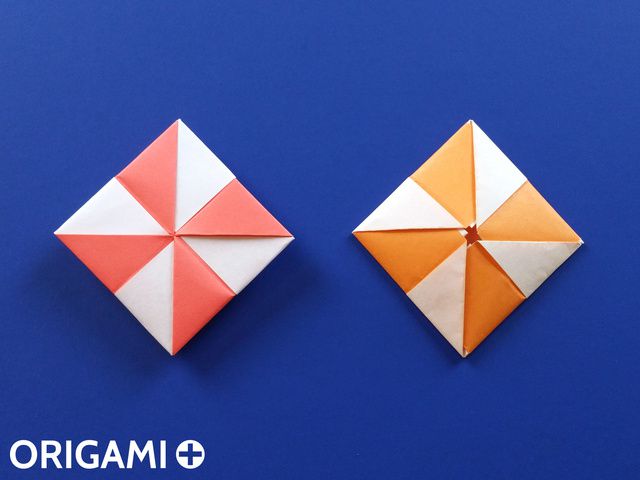 If you fold the pinwheel enveloppe or any of my origami models, please send me some pictures show that I can show them in future videos.

Don’t forget to subscribe to be notified when I publish new origami videos. It also encourages me a lot to create more fun and easy origami models and tutorials.

Thank you very much, Happy Holidays and Happy Folding !

What do you think of this Pinwheel Enveloppe?

Have you tried this this Pinwheel Enveloppe origami model? How did it turn out? Please tell me, and send me a picture of your model so that I can add it on this page!

If you like this Pinwheel Enveloppe and my other origami models, you can support me on Patreon. Thank you!