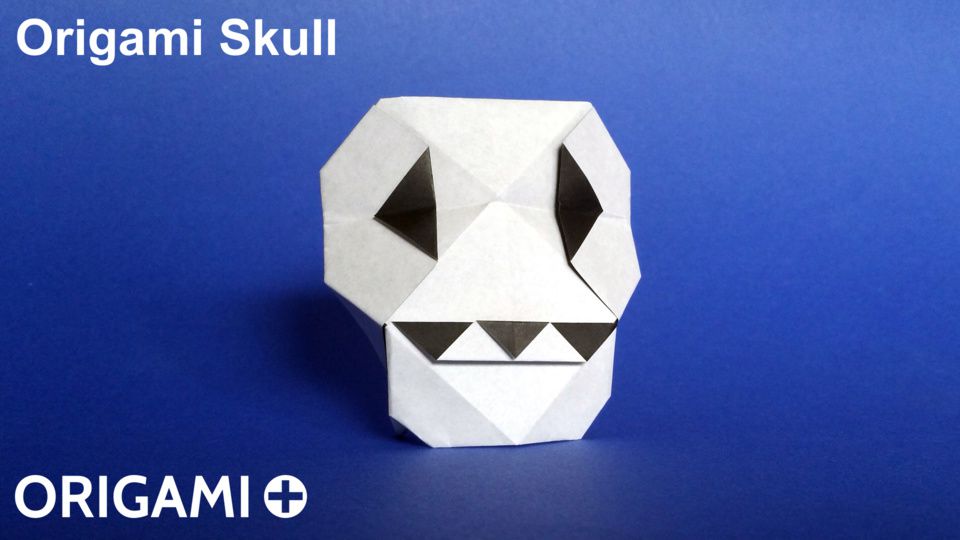 Make a cool origami skull with one square of paper and use it to decorate your house for Halloween! This paper skull is very easy to make. It is a little bit in 3D and it can stand, so you can use it as is and put it on your desk or table, or you can use it as the head of a skeleton, or add paper crossbones to make a cool decoration for your next Pirates themed party! You can also decorate or paint your paper skull like a Mexican Calavera for el dia de los muertos. It can be a great Halloween craft idea / activity for kids!

To make this skull, you need a square of paper (I used 15x15 cm in the video, about 6x6 inches, but you can easily make smaller skulls) with white on one side, and a darker color on the other side. Only a tiny piece of dark will show, so you can also use plain white copy paper, and just color the eyes and teeth at the end.

Once you have your square piece of paper, you can make your origami skull by following this step-by-step video tutorial.

This skull is a variation of the first origami model I designed just one year ago, a cute origami Halloween pumpkin.

At the end of the video I show some pictures of origami Halloween pumpkins that some of you have folded (including a giant pumpkin and many other cool origami pumpkins!). Thanks a lot for folding those models and sending me pictures!

I also show the origami Halloween pumpkin patch, with the map.

How to make an origami Skull

Here are the step-by-step instructions to fold a Skull (photo diagram and/or video). 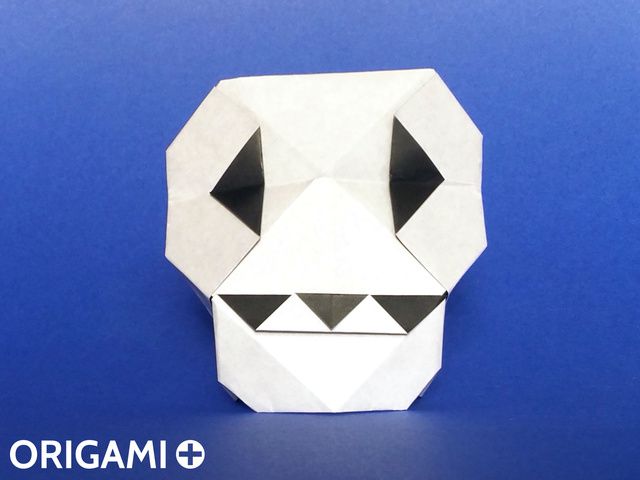 Please send me photos of your paper pumpkins so that I can add them to the map! And if I get enough photos of origami skulls, I will create an origami graveyard with a map of all the skulls. :-) We could also make a big collection of decorated calaveras: fold a white skull, then paint it / decorate it (make it very colorful like the calaveras tatoos), and then send me a picture at stephane@origami.plus

Thank you and Happy Halloween!

If you fold this Skull, please send me pictures of your paper Skull so that I can show them here.

If you make an origami skull or a decorated paper calevera, please send me a picture so that I can add it to the origami skulls and calaveras gallery below! Thank you!

My kids decorated their skulls like Mexican calaveras, using colour pencils and stickers. 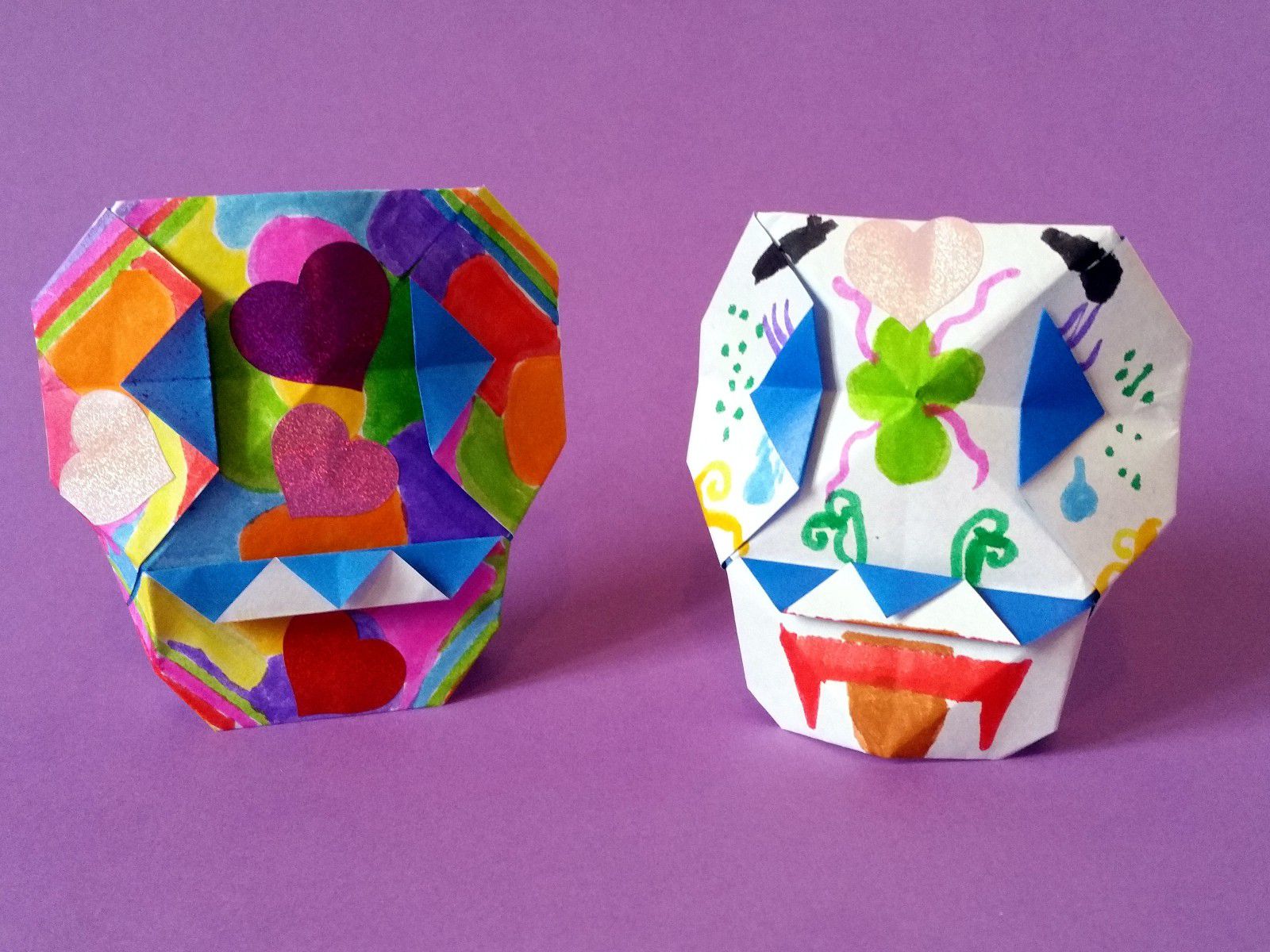 You can use your colored calaveras for decorating your dinner table! 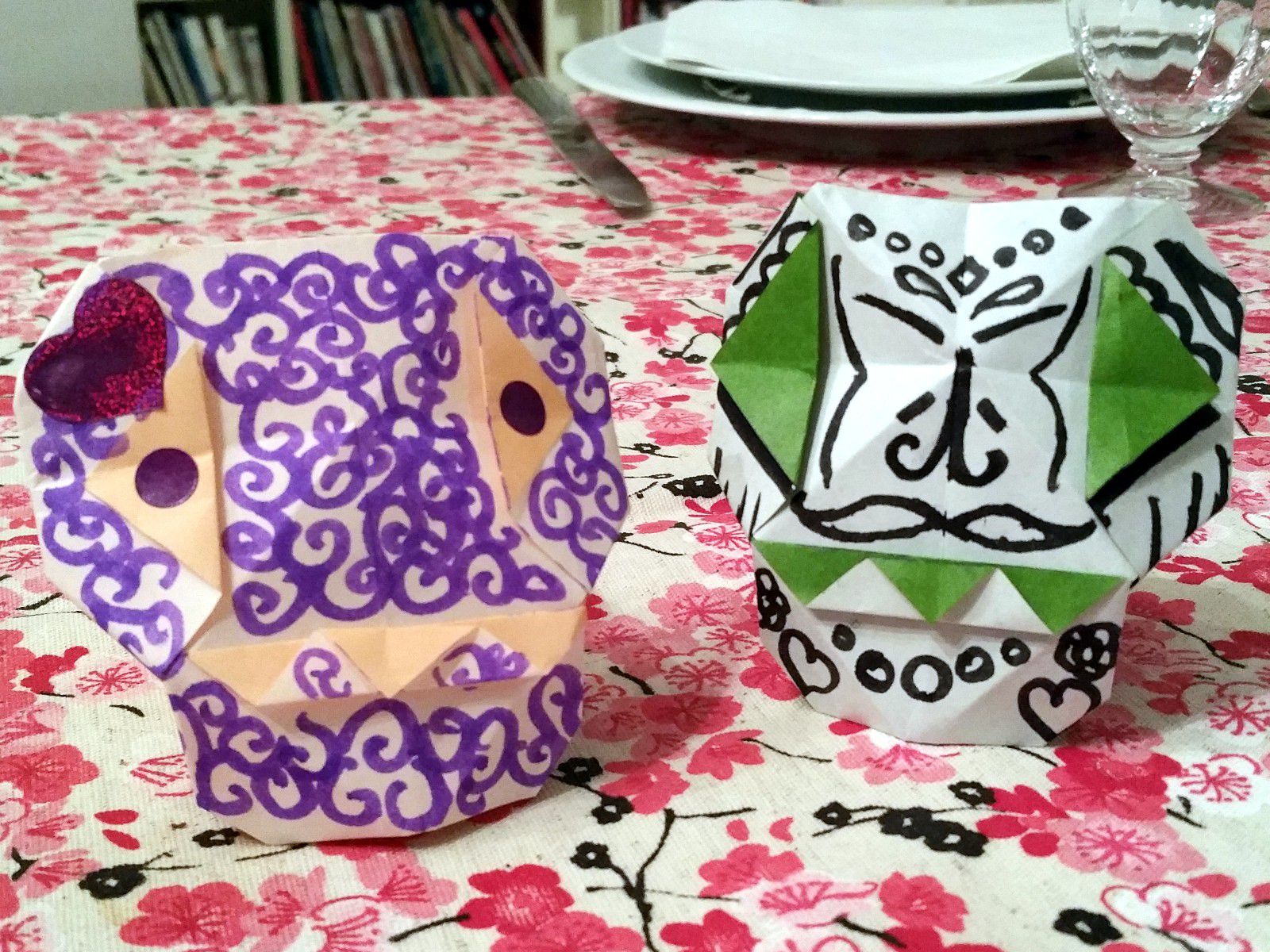 A couple of Calaveras made by Anaïs and Clémence. 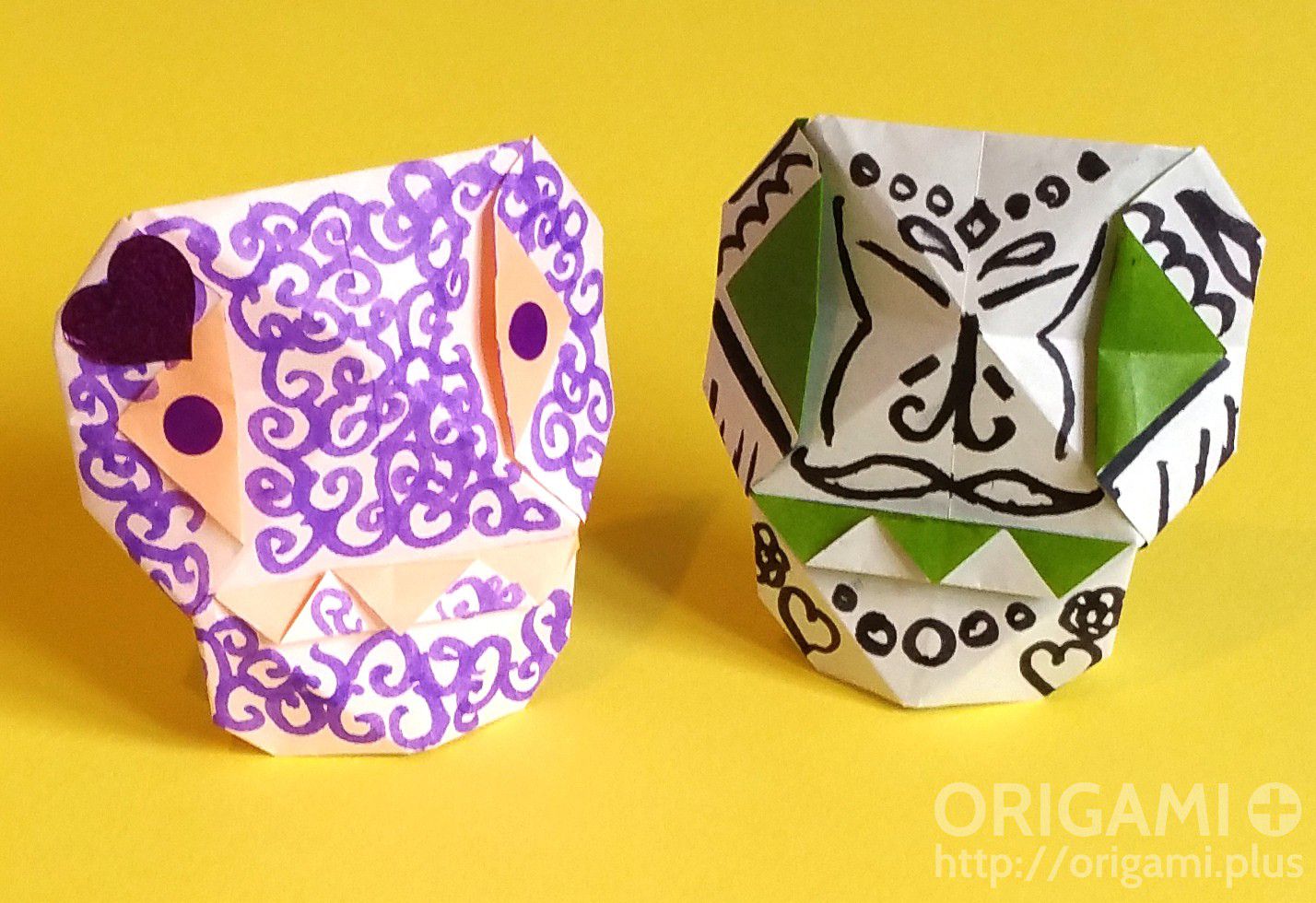 What do you think of this Skull?

Have you tried this this Skull origami model? How did it turn out? Please tell me, and send me a picture of your model so that I can add it on this page!

If you like this Skull and my other origami models, you can support me on Patreon. Thank you!